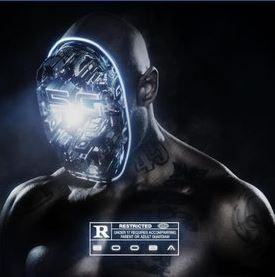 [Verse 1]
Migrants from Amazon and not from Jesus
Here we are, I can’t even say that I’m disappointed Ido
n’t give a damn about it , ask Shay The insults of the boloss no longer have any effect on me (no longer effect)
I have a record of people, I like having the facts (having the facts)
When the game lasts too long, it’s over a game

I’m from another animal species, it’s okay that I’m the most dangerous
A king, I’ve ever seen a bean cut in half (cut in half)
Don’t get me wrong, rap like I do that when I want
No matter the extent of the damage, mama never gives up

But France-Africa, China-Africa, we have clearly lost, guys (lost, guys)
Load the guns, take to the sea, becomes inevitable
The bill for life is not that of Numericable (Numericable)
I’m in the spaceship, square, there’s only one button (one button)

Your vote is worth nothing, sheep, before martial law
2020, I put the Pope and Nabilla on the same board
No photo of Osama’s body, the GIs threw him in the water

[Verse 2] You do
n’t have to rob anymore, you have to encode (have to encode)
Me, j ‘will encode nothing at all,
Basically, it’s done, the only way out: Piracy (Piracy)
We empty the coffers, we take refuge like Ben Ali (like Ben Ali)

Me, I know who I am, I am not Kouachi , I’m not Charlie (I’m not Charlie)
Only brothers, I don’t have the spirit of camaraderie (of camaraderie)
Luck says it’s coming, she hasn’t even left (not gone)
Nobody do not bewitch me, life is not like that (not life like that)

Did you get it? We fuck everything, we don’t piss off (we don’t piss off)
You see the tchoin from last night, who wants to come back, Anila (Anila)
They turned on the projector, something tells me that ‘is the moula (it’s the moula)
No dromedary lease, it streams on Maluma (on Maluma)
It’s big salary, it