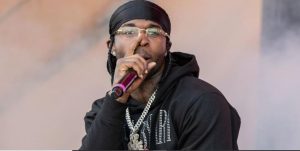 “Brooklyn is in mourning right now.”

Brooklyn rapper Pop Smoke was shot and killed early Wednesday morning in an apparent home invasion in Los Angeles. He was just 20 years old. The rapper had released his new mixtape, Meet the Woo 2, earlier this month, and was considered one of New York City’s rising stars as part of the Brooklyn drill scene.

His death sent shockwaves through the industry, prompting an outpouring of memorials and tributes from artists across the spectrum: 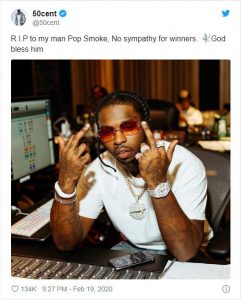 Rest Up Pop Smoke, you were too young. God Bless and comfort your family. What a crazy trajectory you were on man smh

damn i meant to block someone n that shit deleteddddddddd

Talib Kweli stressed his importance to the borough, too. “Damn. The future was bright for Pop Smoke. This is tragic. Brooklyn is in mourning right now,” he said.

Meanwhile, Nicki Minaj, who collaborated with Pop Smoke last year on the remix of “Welcome to the Party,” also mourned his passing. “The Bible tells us that jealousy is as cruel as the grave. Unbelievable. Rest In Peace, Pop,” she wrote.