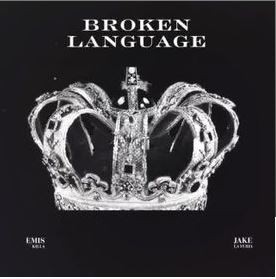 [Intro]
I was tired of being wrong
And then someone came along
Something made me feel so strong
About you
Baby, can this be
Someone that’s so lovely
Could love someone like me
Is it true?

[Verse: Jake La Furia & Emis Killa ]
You know that here is not trappa
I kick in the face with Nike 7k
The fake G escapes
Italy – Lloret de Mar, in a round of Audermars Bond me
with ugly people, uncle, Karim Benzema
Not I take the benzo, bro, I’m loaded like an M4

Like my brother with the load inside an M4
This rapper raps a little, but he often plays the guapo
From the face I thought he liked the cock
Circus of hypocrites the stage of May
Day They sucked the tit I, bro, I was already prancing the Piaggio
Here the friars have robberies, extortion, assaults and drug dealing

Grown up in good bamba and in Montenegri with ice
The Furia has a cheetah on a leash like an emir
Fra ‘, I melted a magazine in the lead of my biro
Sooner or later I arrive, sooner or later I’ll see you around
And I break out your gang like a Ken Shiro
Fra’ gang , in street I was already the smartest, that’s why I made the way I had a career as a priest, now I would be

hip hop Papa Papa, I drop these rappers like Papa Doc
Bitches from Bangkok,psycho friends like Amanda Knox
My band plays rock in bamba and picks the slots
Randa like in the 90s with the bomber and the shocks
This flow affects you like culatello
Killa and Jake La Furia, beautiful

For you assholes Vallanzasca and Turatello
Traumas in the brain , for this shit there is no cure, bro
Back from hell like Genny from Honduras
On a Ducati in Circonvalla like in Superbike
Fast life, fuck rapper life

Picchio in the head like hard-style
I would give two blows to your girl But as soon as she opens her mouth
I’d give her two shots in the head, bro, with a shotgun
I drink shot, I show , in shock
You’re under, fool
I said get under a train (Shh)