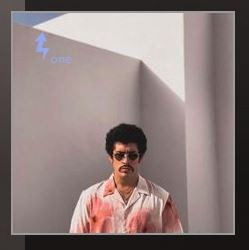 [Verse]
As an altar boy, a big ragman
And a couple of ‘more’ things that I did for money
I’ve never been faithful, hey, nor to my barber
Una super star, but human first
I have them running and I’m not a coach
But that’s good, I ‘force him to be better
P fuckin’ R, we grow up ‘in the heat
That is the detail that makes me a winner
In France I’m a damn composer

Haters do not feel, my day was beautiful
But I was damaged by a shooting by hand ‘of a white
boy And a president mamabicho who does not make a whistle
Black Lives Matter,Rest in peace Kobe
2020 and racism is worse than COVID
A black man with a gun, and that’s a criminal.
But a white man hooks it up and they say it’s a hobby
. What happened, Christian? Is Jesus no longer looking at us?
Or is it that you expect him to turn around to watch the güira?

I do have value ‘, that does not expire
The truth hurts’, they prefer the lie
But Little Richard was always better than Elvis
And the boomer babies for a long time’ are not babie ‘
The woman did not come out of the man’s rib
We were us’ That we came out ‘of his pelvi’
Fight, they gave me the Composer of the Year
But not because of what it does not ‘hurt

For God, ma’am, there is something’ more ‘important’
Than to sit and criticize the achievements’ of a singer
How to incite young people to be voters’
And take the hell out of who screwed us up against ‘
Po’ on top of my career I put my people ahead
But there is always a brute who treats us as ignorant ‘
Thing’ more ‘important’

How to fight for the rights’ of the ‘immigrant’
Like yesterday another bastard murdered his lover
Like the American dream exists until he picks you up ‘
And it’s bastard that they don’t let you breathe
And that a license plate is pa’ kill
But being white is what makes you lethal
And being black is what makes you a target, hey
Easy to shoot, and it’s a bastard to go to church to pray
And run the risk of being raped
That is ‘worse’ than sinning and I can’t stop it because

[Outro]
If I could change the world I swear I would
And if my money ended poverty, I would give it all
But no, the fault is not ‘mine
Before’ I was born, all this already existed We
only have to teach and learn, live and grow
Understand that there will always be something that will not hurt
Have faith, believe that it will be
able to be me, let you be you
That is the best award I can have