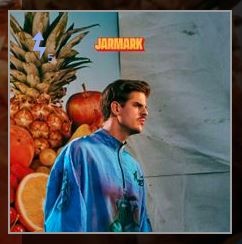 [Verse 1: Taco Hemingway]
soul cursed, first holy communion
stare at me dead, with stained glass Grim Reaper glances
apparition has stab wounds and nails has in both hands
Rana splashes on the shoe, red my dress
Or carol, pastoral visit

Dad came out of the hut and got into his Opel Vectra
The priest costs coffee and choking me terribly scolds
me about Satan and the important monsters from hell
If I do not believe, I will fry forever, said
I will be in a severe depression after my existence the end
Jesus died for me, and this outstanding gesture
Although I do not know why in faith there are so many contradictory issues,

God has everything, but he has no equal
He created the universe, see how many wonderful planets
He created man and so many different species
But he needs your two spirits.
Interesting that greed is one of the deadly sins, huh?
Where’s the mercy when they shout to me, “shut your mouth,” eh?
You’re white, you’re straight, you’re equal

And you don’t have another quality that you’d be proud of, huh?
The kids are starving, the table is empty again
The last meal, the same as they were at Communion They
dance on a tray with shiny two zlotys
Renovation of the presbytery, because not all are equally

[Verse 2: Taco Hemingway]
In this building where I fight for my soul
Expensive clothes, stone road, the road ore
Dear Lord, how you exist you understand
it you will understand why I had to escape
Pastor still drove in the new furze
I thought, “very fond of him someone upstairs”
Sometimes I spoke with his guardian angel:
“Why from the grave grandfather still stolen roses? “
The priest is talking about paranormal things
In the eyes of fire, another boy is fucking the organ
I make a confession terrified that he will repeat it to my mother
absolved, but then I still have concerns, no, no

[Bridge]
There is little, there a little, I know for sure, I lose heart rate
I’ll head zetną me, I’m no bad boy
only a bad boy, for whom hell awaits

[Refrain: Taco Hemingway]
My parish priest was doing cruisin merol on axis
He was so big, I think he didn’t get a memo about the post again
car was doing, “wrum, wrum” let go one news broadcast
sermons about the fruits are not somehow fruitful
parish priest did Merc Cruisin the OSCE
guess again did not get the memo about fasting
By car he did: “wrum, wrum”, he played one radio station.
Sermons about fruits are somehow not fruitful

[Outro: Tomasz Knapik]
Humanity has been inhaling from forever.
First, the cow manure smoke, then various herbs
Finally, tobacco, with time the liquor
marijuana twist smells like a secret