[Intro]
EPIC RAP BATTLES OF HISTORY!
JOE BIDEN! VS! DONALD… [Verse 1: Donald Trump]
It’s the DJT gettin’ it on
The teflon don on the White House lawn!
Against wimps like you, I’ll win a third term

Your campaign’s like your family: crash and burn!
Think looting and violence will keep the MAGA movement quiet? (Ha!)
Resist me? That’s a riot!
Why don’t you step behind the gym, I’ll be standing by
We’ll see how tough you are against the 45! (Uh!)

I shoot a hole through your whole party
Bigger than the one I blew through Qasem Soleimani (Ugh!)
Then I go and I bone on Melania (Ugh!)
I’m gonna smash you, Joe, like China

I’ve got all the best cognition, with all the top grammar
I’m not a little girl’s shoulders, so you can’t touch this, MC Stammer!
You’re a disaster inciting hysteria!
You say I’m selling hate in America, you’re selling hatin’ America!
Like with Hillary, the people aren’t swayed!
You’re just Barack’s shadow, and I don’t really like the shade!

[Verse 2: Joe Biden]
The pain of losing loved ones is something I’ve seen
So I knew how you must have felt when they killed Jeffrey Epstein! (Ooh!)
Rap lyrics just ain’t for you!
You should stick to love letters for Kim Jong-Un!

You’re a wrestling heel! Nothing ‘bout you is real!
Bitch, you didn’t even really write The Art of the Deal!
But you tapped into the rage of red Mad Hatters
Well, let me tell you, Trump, all lies matter!

I don’t want to defund no police, I picked a DA for my VP!
I’m not a communist, I’m not a socialist, I’m just an old-ass man with some decency! (Wrong!)
No matter what you try to say, global warming ain’t cancelled!
You pulled out of Paris, should have pulled out of Stormy Daniels!
I ain’t sleepy, I’m tired
Of you, Donald Trump. You’re fired!

[Verse 3: Donald Trump]
The only thing getting fired on my watch is tear gas from law enforcement
I’ll keep America great, you’ll unleash Antifa and keep America like Portland! (Sad!)
Ain’t nothin’ gonna beat me! No person, woman, man, camera, TV!
Meh, they impeached me. I still walked out of DC looking peachy!

You got the Sloppy, Joe, but no beef!
The only white privilege I see are those teeth!
Maybe teach your son a thing or two about life
Like there’s no hunting season for your dead brother’s wife!

You and your masks and your Knight Rider shades
Are getting revoked like you’re Roe versus Wade!
There’s no Blue Wave! Forget it! Not coming!
It’s like I tell, criminals, Joe: stop running!

[Verse 4: Joe Biden]
Was Breonna Taylor running? Hmm? You dog whistling fool?
I think your Daddy would finally be proud of you: he was a racist asshole, too!

Keep at it and you’ll end up in jail, Hoss
I’ll take you down like I’m you, and you’re a mailbox!
From all your wives to the SATs
Everything you ever did, you just had to cheat!

‘Cause you’re too insecure to even look like a loser
You’re the worst damn Republican since Herbert Hoover
What you scooped a sycophantic, homophobe Hoosier
Then became the Constitution’s domestic abuser!
200,000 deaths lying at your door!

And you think they’re suckers like McCain and the Marine Corps!
Sometimes I can’t tell for which side you’re rootin’!
When we go high, you go down on Putin! (Uh!)
Truth is, you’re scared to lose!

You got nothing in the banks ‘cept IOUs!
Y-Y-You whine about ballots like a bitch
But the only thing that’s rigged is taxes for the rich!
Look, you’re a freeloader, change your name to Tramp!
My campaign’s ramping up, you can’t get down a ramp!
I’m pulling away faster than your wife’s hand!
For the love of democracy, will you shut up, man?

[Outro]
WHO WON?
WHO’S NEXT?
YOU LITERALLY DECIDE!
EPIC RAP BATTLES OF HISTORY! 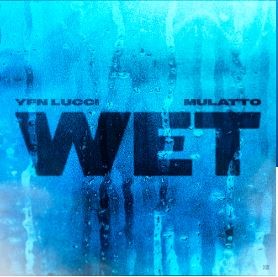 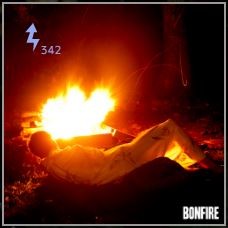 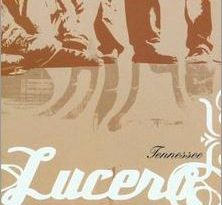