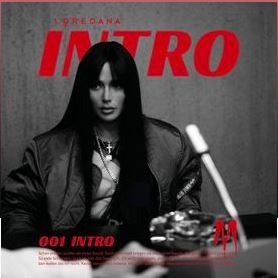 [Part 1]
It didn’t go well in the last few days
Don’t worry, I can carry
it all Sometimes it gets a lot, I find it hard to breathe
But everything for her laugh when I’m back am
Die Presse, “Loredana” on the front page
You can’t do anything except point your finger at me

[Bridge]
The whole world is against me
So many snakes, but have the antidote
I want to say something, but I wasn’t allowed to say anything
How they want me, I am not
Nobody knows my inner being
I do what I want because they want to Don’t understand me anyway
( Medusa )

[Part 2]
(Hahahahahaha) Ey!
I did it, people are talking about me again
Half billion streams, what is there to discuss?
The whole country against me, but I get the Swiss Award
I sorted out the queues, nobody is fooling me (nobody)
Seven brothers, but I make the cash in the Fam
Loredana in Gabbana, the rest is second hand (Haha)
You see me on the cover and then they push hatred (Ahh)

The greatest artist in the country, but still no pass, ey (Hä)
Sell ​​100K tickets, go on tour (Go on tour)
Five trucks, three buses in the left lane (left lane)
Five hundred Swiss francs for the hairstyle
Are you wave, you should be sure my enemies live shortly
since my birth, I knew I’m the boss
you have to do nothing else but me haten, you are lost
Look, I’m coming to your party and everyone is petrified
Because nobody is like me, Medusa