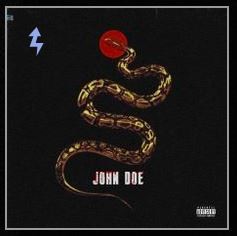 [Intro]
Yeah, blow smoke, free smoke, smoke
How about you turn me up a lil’, man?
That’s right

Heard it all when it comes to how to play to win
But we only really listening when we pay the bill
Deep diving in the rafts like a navy seal
2020 and we did it with no record deal (Hold up, shit!)
How you really feel? (Yeah)

Where I’m from, niggas don’t know The Beatles
But they’ll do you like John Lennon, no return ticket
Nigga take a quick trip to heaven in a milli-second
Black roses and burnt feathers, tears, caskets and pall bearers
Nigga, this ain’t Good Fellas

Get your sky [?] confiscated by territorial hood dwellers
Who ain’t trying to be in the hood forever (Keep going!)
Remain calm, stay cautious or become a target
Money on your head for acting out of pocket
Make you meet your maker ‘fore you see a doctor

Pay a dirty cop to bring the dockets
They’re down to [?] the whole police department
Down for whatever when it comes to profit
Don’t give a fuck about a Twitter comment
You wouldn’t know if you ain’t been around it
Niggas been about it, ain’t no way around it
No fucking way around it, nigga

[Outro: Nas]
Yeah, I’m always writting it down first because I like to put time into my work and make sure it’s all precise. You know, it’s easy to freestyle, freestyle is a Hip Hop thing But I defenitely like to brothers who sit down and write their lyrics and make it more poetry, you know I mean?

[Part II]
Yeah, yeah-yeah
Tryin’ to get rid of me you gotta murder me first
You gotta hit where it hurts
Put me right under the dirt…