[Intro: L’Algérino] I
no longer believed in life, nothing that I smoked the strike
Smoky every night, dreams pass To the trap
Beat the balls of your opinion, poto, let go of me the bunch
We took risks, we had too much the slab

It points to the SPIP, the brothers on the run
The fault with the OCTRIS, justice is local
La vida loca, les folles at the hotel
We lost the ball, the balls on the carpet

[Verse 1: L’Algérino]
Yeah, yeah, in Marseille, they sell hash and chloroquine
It takes years and it frees pedophiles
She wants to boil, too naughty, to be the girlfriend
I’m on the terrace, guava juice, crocodile polo

Yeah, times change and damn, don’t be blehni
You m’salis, that it speaks badly, cousin
I am in a fucking machine, I make your sister dance
We came to rob life like the casino of Enghien

All the noche, the brothers are stuck
Pack of Heine ‘on a rock, it dreams of trophy
On the music, it puts hooks, we were broke, eh
Today, it goes in a club in full Dolce

[Verse 2: Alonzo]
I never took the mach ‘, I never played the monster
Look at 8, we eat and no one will play the watch
I rolled up my sleeves, you have to give the kids something to eat
When I see the orange sky, I think of the end of the world
I’m from the Zizou area, that’s why I like the 10

I stashed in my family jewelry, my end to 10
My mother: my paradise, who preserves from the disease
Often the nerves sharp, I will take a flash to the power supply
A quarter of a century to too much zoning, I hear the guns ringing
I sing for my subscribers, do you really me? know?
They would all love to stick together to hack the data
But it all, I felt it,

[Verse 3: Stone Black]
I won the tournaments, I left them the cup
I had to cut out, not my verses, which brought me back the Soupline
The rap was my doll, saw her pussy
On told me dude play it cool, after my passage, you can do houla-houp

Make me start the engine of Subaru, the routine
The street brought me money and justice took everything from me
I forgive not but I forget, swimming in the middle of the rookies
Respect me, chances are that your mother was my

late night groupie from the Carter city, I come from the Shootstar
We represent Marseille (13015)
We learn from everyone and even the youngest
The most beautiful clothesis not necessarily the most expensive, cousin

[Verse 4: The Rat Luciano]
Hey, hey, kid of the bendo, I tear the ground as if I had stolen the benzo
Fuck the taulier, I’m going to die like the pendo
Eh these sons of p ‘who put the eyes like Fendo
Hey, explain: complicate, I go into the apartment ‘I shoot Zé Peque’

Nothing surprises me anymore, leave me too apart, I want my share of paplards, not there to check them
Yeah, grr, I know the tourniquet, I’m going to die where I shouldn’t be there to tmenicker
The world owes me nothing, what do I owe you? I’ll tell you for you, very courteous, why argue?
Ouch, shit, he looks on the ground, he tries to pat him, fake Patek on the wrist
No, I can’t

[Chorus: L’Algérino]
Marseillais, the star on the jersey
La Kalash ‘left the hat
Rear wheel on the Prado
There are 800 horsepower under the hood

[Bridge: SCH, L’Algérino , JuL & Le Rat Luciano]
That says to me, if there is confusion, I have my firecracker
If they move, I make them do the splits
I saw too much BDH in my decor
Let’s avoid being loaded towards the Old Port

[Couplet 5 : SCH]
The money smells of laundry, the room smells of resin
We have big boxes, too, the money for the revision
That it speaks in Mandarin when ten tickets have to be released
I’m going to make 800 this year, that you are there at criticize
My best haze, in real life, the hazi closes at midnight
The PMU draws the curtain, we play rummy poker

Gloves tight, Fouganza
Romanza criminal quality , I grew up with that
13, 14th and 15, the Var and Corsica
That bragging, that kills for not 1K
All that we do to eat, on my mother, you have no idea

From January to January, I try to stay there, baby, I try not to make myself pinch
Gimme gimme more, they didn’t understand, I rap as if I was bald
As if I was poor, as if I was dead
I smoke but make me two, I
‘m going to breathe hard I’m going to you do and come back to the kham as if you were not dead, han

[Verse 6: JuL]
Saturday, if there is confusion, I have my firecracker
If they move, I make them do the splits
I saw too much BDH in my decor
Let’s avoid being loaded towards the Old Man -Port
J’rappe in the heatwave, 1.3 serial

Nobody manipulates are plenty of bastards in the radar r’cul
in my bubble, j’fume as mashed potatoes, I’m in the car
, they are not happy when you pierce, they would like to say “Vé, it sinks” (eh)
Against the sons of bitches, I’m not immune
The misery is scary like guys who come home disguised
Now, I’m paranoid, even when I’m going to piss

You owe me your papers, I don’t care how much you owegrocer
Talkie lookout, hooded jobeur
There are only matrixes in the area, they don’t like chickens
They didn’t see me tumbling down, I
‘m doing tricks in the war zone I have my bag in my balls, it makes that falling towards the knurls
It spreads shutters, to find happiness in golden house (the UFO)

[Verse 7: As]
Eh, always on time, always on the lookout
However, I have more than 40 pins, I did not stop the smoke
I send the rocket because I aimed at the Moon
Slowly, I can brutalize you just by taking out my pen

Game over, my srabs arrive in Range Rover
Ok, let’s settle things before I leave early
It’s crazy, the inspiration happens when I’m not looking for it
My reaction when I listen to them: don’t move

[Verse 8: Veazy]
I’ve seen them betray, it has changed
Others eat each other just for 100 G ‘
Only words, speeches without embarrassment
Be careful, I can put you in danger

The biggest jealous people are those that your heart shelters
Speak behind your back, afterwards, come and suck the dick
That at 30 percent, I’m already making the difference
At six in the go-go, yeah give us the “GO”

Ready for departure, kodo, if you don’t want the alcohol, you’ll eat
slaps (let’s go)
Diplomatico, to calm my anger, you’re looking for me
Wait my loulou, watch as we land

[Chorus: L’Algérino ]
Marseillais, the star on the jersey
La Kalash ‘is out of the hat
Rear wheel on the Prado
There are 800 horses under the hood

[Outro: SCH, L’Algérino , JuL & Le Rat Luciano]
Saturday, if there is confusion, I have my firecracker
If they move, I make them do the splits
I saw too much BDH in my decor
Let’s avoid being loaded towards the Old Port 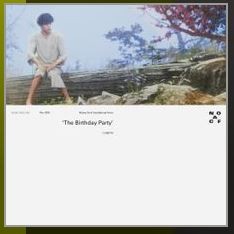 The 1975 The Birthday Party Song Lyrics Of New Songs 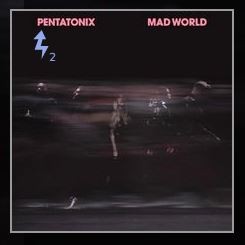 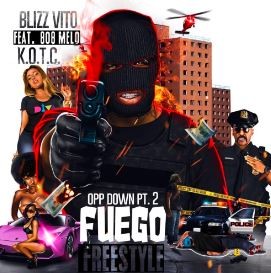