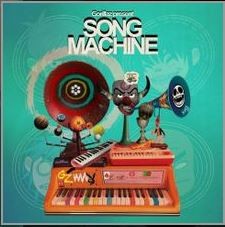 [Verse 1: slowthai & 2D]
Your potential, you lack credentials
And you are special, so fucking special (Rita)
Oh, how you need it, oh, how you’re needed
And you keep squeezing the truth from the middle (Ayy, ayy, ayy, ayy)
You parted seas, but your arches, they ain’t golden (Ah)
And you was gangin’ for some gags and now you’re rollin’ (Woo)
Best you shut your trap and keep it hush (Hush)
On another note, compliments make me blush
There’s a hole in your pocket, so you cannot find the change
Cavern of your mind, you say your pattern
You pull your strings and you jump, hold your mouth and you say: (Ah, ah, ah)
“What was scripted, the day before it happened?”
We all give applause when people look and pause
But on the way out and get your back in
See, everything in life ain’t silver and gold
But minin’ for metal gave you platinum

[Refrain: slowthai]
It makes me sick to think you ain’t happy in your skin
It’s weird, a thing to think light bulb don’t blink
Just flickers to them, then it pops and withers
You’re a Turkey Twizzler, you deserve school dinners
Makes me sick

[Verse 2: 2D]
The truth, the bills, they must be paid (Uh-huh)
And what is left and sorta atypical
All you need to change your face
You’re gettin’ sold,