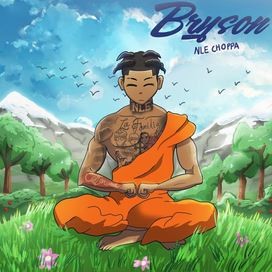 [Verse 1]
Soul mission (Soul mission)
Soul purpose
Mom knew I was worth it
Since the day that I was birthed and came out of her lurkin’
Lookin’ at all of the nurses, she said I was special
Knew that shit, that was for certain

I would’ve thought this world was perfect, but it came with some curses
And read between the verses, if the truth you been searchin’
I wokе up, I’m alerted, I was feelin’ like a sеrvant
I ain’t a part of the circus
My soul been overworkin’

She can’t handle my burden, but she say she want a Birkin
I fell asleep in churches, I ain’t know what he was chirpin’
Within myself I got faith, then prayers start unfoldin’
I know that God real, but not the way that they had told us

[Verse 2]
Ayy, swing like I’m Tyson (Like I’m Tyson), but I ain’t doin’ no fightin’ (No fightin’)
And I’ve been feelin’ righteous
I’m going through enlightenment (Enlightenment)
Conscious of a psychic
In between her like hyphens

They sayin’ I don’t know shit, but wait ’til it hit the fan
Groundin’ up in the sand
The work put in, I seen dividends
I’m a bigger man, better man, I got a better plan
If you don’t understand, where’s somebody with some understandin’?

Pineal gland in my crown and I got the upper hand (Red light)
Put the blues in rubber bands, I attract abundance
Affirmations daily, that’s why blessings keep on comin’ in
3-6-9, when I wake I write it three times
Six times in the daytime, nine at nighttime

Put positive thoughts into your heart, it’ll change your DNA
Negative thoughts, they fall apart, now a nigga thinkin’ straight
I don’t even smoke weed no more, I put that on the Heaven’s gates (Uh-uh-uh, uh-uh-uh)
Speakin’ on the Heaven’s gates, I know I’m going to Heaven, man
Ayy, I never thought I’d say this, but I’m eating on the vegan plate (Eating on the vegan plate)

But grew up watching Gangland (Gangland)
On the block, hangin’, I had my Drac’ singin’ (Singin’)
All the negative you put in you get it back, that’s dangerous
Felt like all my karma came back when I got famous
Put the good in, you get the good out

I don’t even tote my gun no more, ’cause I’m knowin’ that I’m good now
Universe keep working for me
Ain’t nobody goin’ to touch me
They say “Protect Chop at all costs”
They need to change the subject