By lyrics of new songs, no risk no fun defkhan & şehinşah lyrics english 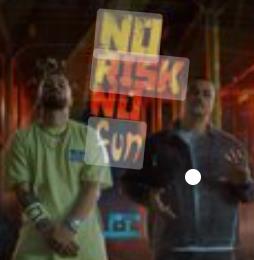 [Lyrics for “No Risk No Fun”] [Intro: Fatih Terim]
Friends, we are not even rivals with most of those mentioned We have never experienced the same things We have not walked the
same path, we have not passed the same roads We
have no similar successes
On top of that, our rank is different

[Verse 1: Defkhan]
(A, yeah!)
You got a lot of money, I need a new punchline
Who’s the foe? Bring it, fold it eight I’m
neither Gangsta Mafia nor Shocko Sunshine
This Posse Five Nine in Ronny prime time
Get off, 7-4-7 landed on the ground
Give me the microphone for one last time
I’m in command, I’m in burgundy
beret shit’s up again, ah!

Defeasy is different really, from outer space It’s
like a legend Manchester United
I put on Sennheiser headphones I ‘d fly I
found the money at your age Dad
-ba-bam! Motherfucker, look Robocop on the mic
Everybody shine’, too much photoshop
Five-nine gangsta forever
young

I’ll fuck even his mother if I want, let him come
Youth loved me, the reverse of a uniform hand
I renewed myself and drew the future
The past has taken captives, they have all been poisoned
Representing me, you are the trend forever
, don’t ask, I want to stay your king, don’t ask, I’ll take my turn (Ah!)
Your symbiote crew is on a trip, they can’t get out, I got it while you’re wandering inside
No interest, don’t cry, your vision is weak Your
primary school perspective, Look who’s the proof
my name on your neck, I fucked you up after you made
my daddy tomorrow (Pow-pow-pow!)

[Chorus: Defkhan] Even
though we’re off the road (No-no-no-no!)
Even though we’re down from the million (Yeah! )

Even if we’re out, even if
we ‘re down the
road the sky From the bottom to the sky Yeah!