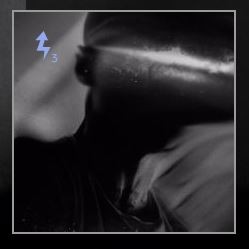 [Single verse : Freeze Corleone & Kaki Santana ]
Askip, you wanna take my tos-ma , nigga, come and do it nigga, come
and see, yeah, i have the

hell, dirty idiot, we are not too much OBS princesses , two 6s and a 7 (sku), competition, i see them p ‘tits like insects (eh)
I have rhymes to take with a grain of salt, fuck the 9-1-1 and the 1-7
I no longer hang out in the VIP squares, he was acting crazy, I have him made
crazy , fast 6.6.7, OBS, here’s to the Gs , your bill will be salty, bitch
Armored against spells and hexes, whatever happens, we’re ready, son
Negro, you rap like in the sixties, MC gunned down, one measure, I shot six

I’m serious like the threats I make, on the ground, it’s my shoes that I put on You already know my team, I don’t know your mother and we are quit (eh, eh)
S / o Rayane, we have the kits (han), n / a to the clan, n / a to the team (ekip)
Parcel arrives by La Poste in shambles, FLRG and Fox in shambles
My nigga, we have opps in shambles, in the bigo, there are toxins in shambles
Not there for make friends with me, you know the codes, fufu you, you bite into the straw
With Kaki, I get obsessed thoroughly, v’-esqui cops thoroughly