[Intro]
Logbook Europa, entry seventh:
My road is over.
It will be a while before I set
off again Being on the eternal route I forgot about my relatives, about health, I forgot about myself
Ask how many people I left in the rearview mirror, I had only one goal, go faster, get on, so you can not live
leaned over non-flashing indicator light,

I saw on it myself, I saw his face twisted in stress
indicator does not go out even when I switch off the engine, but I have some idea of
soaking a cloth with gasoline, the flame of the matches kisses her passionately
watch as the car is on fire and for the first time in many years I feel calm

I wish to change before I speak for the last time
But not soon, I’m trying to redefine masculinity
I want to teach the types it’s great when they miss them
That they don’t have to choke when they have sex with her
That when aggression is responded to with aggression
It’s like putting out water when oil is burning
I close my eyes, because I miss the old peace.
When the radio broadcast Kai’s hits for the kid

And although all denied in their homes listening to Ich Troje
Their fourth disc copy went wrong with seven wheel
‘s four provincial and added Soma
Each peak sometime fall, Michael I pity
But it’s all that about hajsie not taught in our schools
is the not on hand, you’d better be a docile consumer
That you would never be an equal competitor.
That you would live and die with equal sheep rush.

I did it, because I was lucky. My
account was a tile, and pressing it cost 2k.
Today is a great rapper, because his dad gave him a second tile
. there is not even anything to put in the pot
How many musicians drive the tariff
today How many painters today sit in the call center
How many talents were killed in this way
Before you today I bow in thanks

It makes no sense my murder on Pudelek
I would like it all to be indifferent to me
They write that I wanted to conquer the sales with the fame
And the fame is fragile, you will probably earn in Vegas
But I do not complain
I am like a bot comment, the fleet is flowing down
And I do not get up in front of the computer
In ’14 I didn’t give a shit about sales.

The only manager I had was a football manager.
For naive people the industry lurks.
It’s a sad topic. The
organizer will make a million, a musician will give a kafel. A
rapper from the US is coming, everyone is a guest.
You will not make money here, to your art. Listen to
this royalty with royalties , you have to tear it out, and in dodge ZAiKS is quite agile

[Verse 3]
Colleagues with whom I cooked crack in Los Santos
Then I did not know that they would also fall into the swamp I
visited them after many years, they still bang in the bucket
And they fly with gandzia, sometimes they steal a
new apartment because the bailiff took that one

Grandpa had an apartment , thank God died recently
Borrow Fifi the locksmith, I will give in March, you know me
already will not give up, these lines has always been worth it
had for a while a good income, but you know the outcome
robbed him under the block a bumpkin with a handle
pity peasant because he was smart, but he fell into that septic tank

In California he would make millions in Palo Alto
But in Grochów with his homie just piss
Probably the boy would be pissed that I put it in Outro
Talking with emigration, everyone makes it clear
They say that they love, but it’s not worth going back there 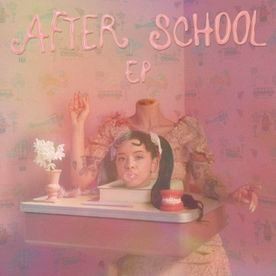 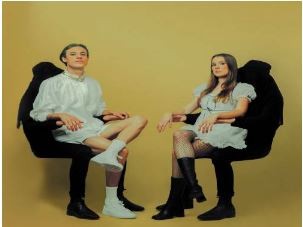 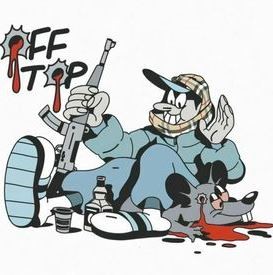