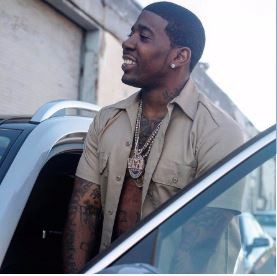 [Verse]
I swear I used to have a heart, it went ghost on me
I put my trust in a nigga and he stole from me
I said I can’t let no nigga take my soul from me
All I need is money, I don’t need no woman, yeah

Big cuban link, bustdown bracеlets
Maybe we could fuck, but that’s all baby
Married to the money, bitch, I’m taken
Look, you only got one time to slip up

You only get one shot, nigga, what you miss for?
Nigga making diss songs we out here hitting their shit up
That money got too heavy so I started doing sit-ups
Look, if it ain’t about a bag I probably won’t pick up

Talkin’ bout a bitch I probably had, I could give two fucks
She say she tryna be boo’d up, fuck her then I boot her
Pockets on Buddha, holy hallelujah
Look, rollin’ like a scooter, gotta free my main man
Shawty was a shooter

Two hundred thousand on the airplane
I probably should’ve flew her, private
How the hell you made it out the zoo? Grindin’
6 AM and a nigga in the booth

I ain’t got love for no buster ass nigga like you
I show love to all my thugs, I salute all my troops
Aye if you thug how we thug then I know what you been through
Long Live Nut, Free Ju